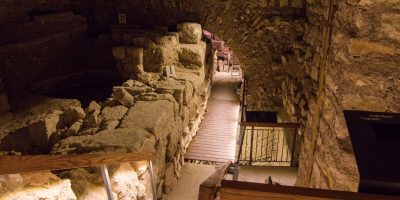 Church of the Redeemer (Jerusalem)

After three years of planning and building, the archaeological park “Through the Ages” was openend on the 1. November 2012. It is located below the protestant Church of the Redeemer in the Old City. Visitors can walk through the exciting and diverse history of this place: Starting with a quarry from the time of Herod, gardens from the time of Jesus, remains of the destruction of Jerusalem at the hands of Titus in 70 AD, buildings from the time of Hadrian, walls of a Constantinian market place to a mosaic floor from the Crusader church St. Maria Latina. With the help of 3D-Animations and light effects the 2000-year-old history of the city is presented in a vivid and accessible manner.

To the homepage “Through the Ages”. 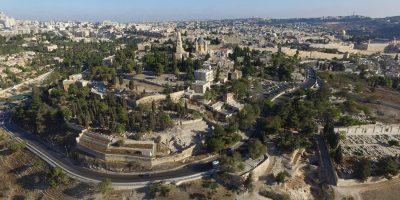 In proximity to the Protestant Cemetery lies a hundred year old excavation. This excavation shall be restored during the restauration of the cemetery and made accessible to visitors. The area of the excavation has to be secured. Furthermore a presentation of the findings for the pilgrims and tourists has to be worked out as well as the maintenance of the historical heritage of the southern Mount Zion.

To the homepage of the excavation. 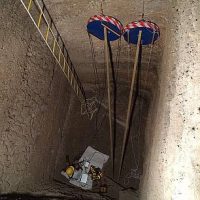 The search for the Second Wall

When Herod the Great expanded the city of Jerusalem towards north in the second half of the 1st c. BC, he also built a city wall to protect the new parts of the city. This wall has since been called the “Second Wall”. It poses a great and unsolved problem for scholars, since no one knows, where it exactly stood. The wall is of great importance for scholarship, because it is linked to the question of the correct location of Jesus’ tomb and thus also, whether the Church of the Holy Sepulchre stands in the right place. 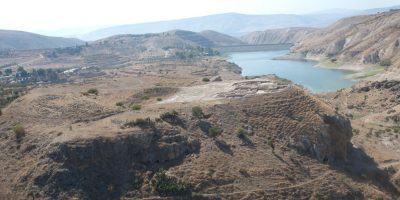 In 2001 the Biblical-Archaeological Institute Wuppertal, in cooperation with other scholars and scientific institutions, started to explore the lower part of the Wadi al-‘Arab in the north of Jordan. The GPIA Amman became 2004 a partner of the project as did the GPIA Jerusalem in 2006. The aim is to investigate the various cultures in this valley, which has not only a beautiful scenery, but also a geopolitical significance, since the start of sedentism in Neolithic Age.

To the homepage of Tall Zira’a.